It’s not easy to blur the line between dreams and illusions, but Ali Smith succeeds effortlessly. “It was the worst of times, it was the worst of times.” So begins Smith’s novel and we don’t know what’s really going on with Daniel Gluck, the protagonist. He is naked at the beach, a place with hallucinating descriptions that might or might not belong to this world. Is this a dream? Life after death? The memories of an old man? Ali’s prose could be described as a contemporary distillment of Virginia Woolf’s stream of consciousness. And when this is combined with her lyrical approach, the effect can be of extravagant beauty. From the very first pages this poetry is evident:

“But then again again , a picture taken not long after, in a time when a child just playing in leaves could look, for the first time to the casual eye, like a rounded-up and offed child (it hurts to think it) or maybe also a nuclear after-child, the leaves hanging off her looked like skin become rags, hanging to one side as if skin is nothing but leaves.”

The other main character is Elisabeth. She first meets with her neighbour, Daniel, back in 1993. They are 69 years in age apart. Together they form a lifelong friendship that is deep and thoughtful, not physical at all, but on the verge of being described as platonic. Elisabeth grows up to become an Arts lecturer at a London university. Daniel, being an art connoisseur himself, shares her enthusiasm for the arts and some of the highlights of this novel, with moments of intellectual beauty, come when the two of them discuss art – be it in gloomy settings or beautiful scenic landscapes.

The novel is not all about art and beautiful description though. Set in the post-Brexit era, the issues of immigration, national and ethnic identities, as well as that of borders (not just physical), are prominent. Ali describes some vivid scenes, often with plenty of humour (there is some witty dialogue in a post office, outlining all the tiny details of being approved for a new passport). Other times the effect is bleaker, as when Elisabeth comes across a menacing message reading “Go home”, spray-painted on the walls of a house. 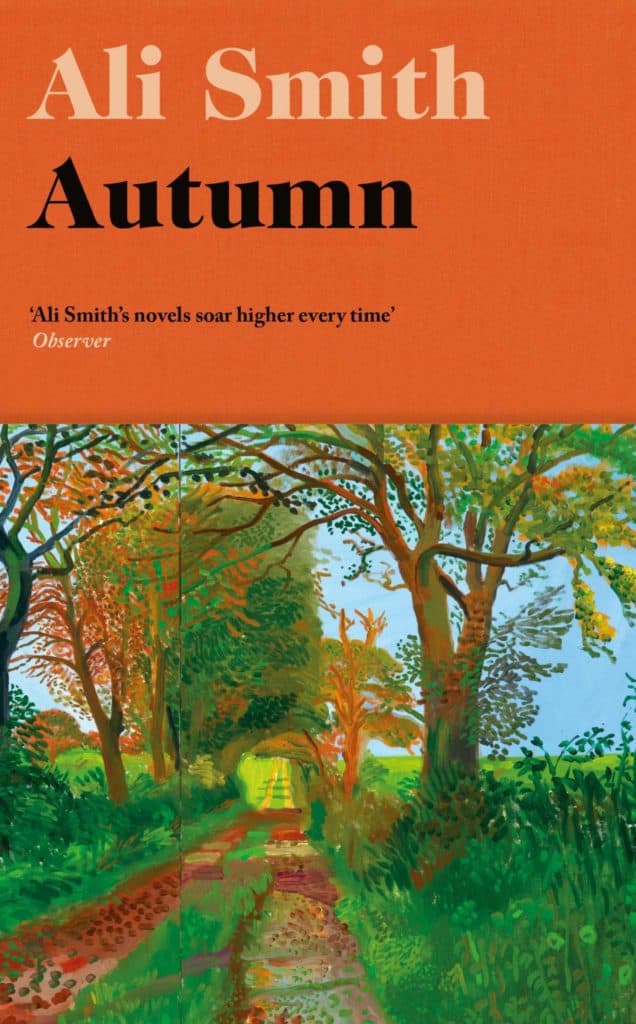 Apart from the lyrical, lucid writing, Ali’s style also seems to travel in time, covering different time periods, seasons and months. The reader is sometimes left puzzled as to when things occur, but that is the magic of Ali’s fiction: her ability to include the reader as an active interpreter of what is actually going on, not just an observer. As Daniel says at one point, “Whoever makes up the story makes up the world”.

Autumn is the first part of a four-volume cycle. Winter has just been released and if it is as good as Autumn, then we are in a for a unique treat from one of the great living authors.