One of my favourite film reviewers, Dennis Schwartz claims that, “This very well might be the best film ever made.” I concur. While this could be true for most of Ozu’s films, Tokyo Story is a uniquely mature work of art. Shot in the director’s trademark tatami style (the camera is placed and locked 3 feet above the ground as if the viewer were sitting on a tatami mat) with still takes that focus on the characters, the film has a very earthy aura. What makes this particular film different from the rest of the director’s output is perhaps the extra bit of nostalgia in which it is infused. Yes, the bittersweet soundtrack is here, used sparingly, though Ozu is always careful not to romanticise his films. Nor can one describe them as emotional in a tacky way. Instead, the auteur’s focus on the character movements and dialogue makes them feel compellingly realistic. Let me correct this: Ozu’s films are not realistic, they are real since they deal with everyday situations and dilemmas and are portrayed in the most honest fashion. One can only feel at home while watching his characters have a daily conversation with the neighbours or prepare lunch. Add to this real-life dialogue with the most mundane set of expressions one expects to hear in everyday situations, no matter what part of the world one comes from, delivered in the most natural, touching manner. This is a real feat. It sounds easy, but it is a remarkable achievement—the directors who can have a similar effect on the viewer nowadays are few. 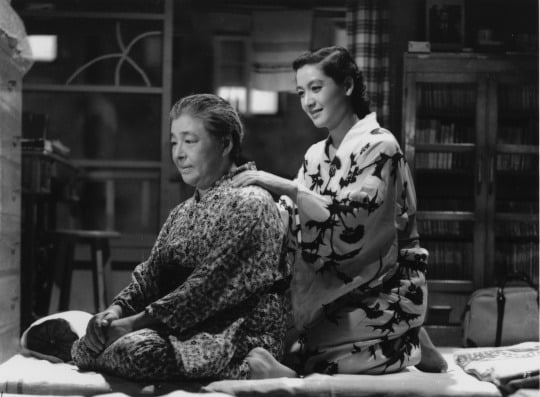 There is no point in describing the plot. I cannot say that it is simply about family ties, ageing, longing for the years gone by, the generation gap or the last farewell. These clichés will only undermine the film’s nature. I cannot even say that Tokyo Story is a miracle of a movie for this statement would confuse the viewer. For here we are not talking about a metaphysical miracle per se but the very miracle of life. Life as communication through human relationships. It is said that Ozu had always been very precise in the preparation of his films, from storyboarding to arranging each set with the tiniest detail in mind. It is a wonder then how through this technical precision, something so unforced and fluent is produced. A natural force that flows along undisturbed, like a fresh stream in a thick forest: we are the trees, the soil, the rocks. And above all, there we are as fragile human beings, also kneeling before it, dipping our feet in the water, drinking it. While the film is not sentimental at all (despite the fact that Ozu himself considered this to be his most melodramatic feature) its language is universal, infinite and plain humane. 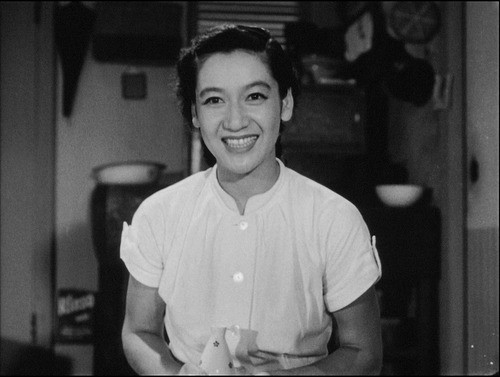 Do not expect any action, drama or suspense. In Ozu’s films, the close observation of everyday life is much more interesting with his camera lingering for a few seconds on each shot, even when the characters have left the room, in simple straight-forward cuts and no effects at all. What you can expect when viewing this film is the sort of feeling you get from a comforting touch, similar to that of a beloved family member. Its universal themes justifiably place Tokyo Story in the top 5 films of all time in most lists. The most beautiful film of all time? Quite possibly. A film that has the ability to re-establish our human side. This is what great art is about. Film as a spiritual journey. Making us better persons.