The Square is much better than the average cinemagoer wants you to believe. A lot has been already written about this tour de force of a film. For this reason, if you are looking for a comprehensive film review you might have to look elsewhere.

In this belated short review, I can only but praise this elegant piece of filmmaking that the accomplished Swedish director Ruben Östlund has created. And if there is one thing that really stands out, this is the meticulous attention to detail, reminiscent of a Haneke, the kind of detail and professionalism that is mainly characteristic of European cinema. Then there is all the flair, the witty dialogue, scenes that seem to have sprung out of a Woody Allen film. “So, is the movie all about other influences?” I hear you ask. Definitely not. The originality of the plot and the pitch-perfect staging of each sequence are what make The Square so special. Surely, there are other directors working on satire and black comedies but, at the moment, and with this film, Östlund (and, of course, let’s not forget Roy Andersson) might just be a notch above the rest.

Another strength is the director’s decision not to propagandise in any way. There is no right or wrong side when it comes to the presentation of different social classes or the extravagance of elitist art installations. At one point we witness an interview with a contemporary artist, during which a member of the audience with Tourette’s syndrome keeps interrupting by exclaiming profanities. The Nordic European countries are known for their tolerance and political correctness, but Östlund goes a step further, by presenting the different attitudes and the bizarre reactions some situations can evoke when they get a bit out of hand. 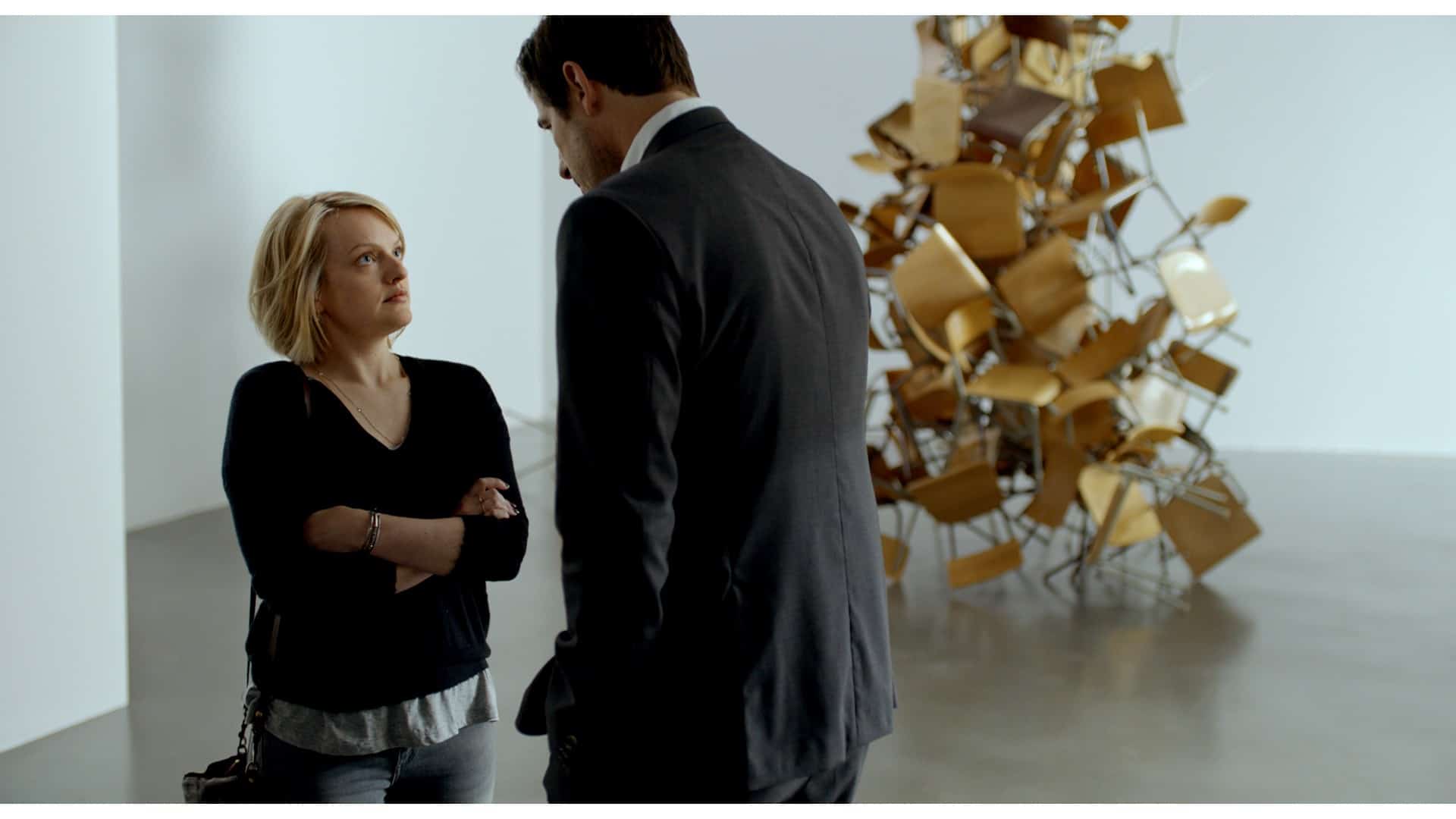 This pattern of nonconformity in a very “conformed” [sic] society is present throughout the film and, while one could argue that it is easier for an artist to remain passive about such important issues, I would argue that it is even more difficult for the same artist to present them in such a detailed manner and provoke in such a subtle way so as not to offend anyone — something that the director seems to achieve effectively. And while other contemporary directors seem to try hard to get their ideas across, Östlund remains stoical: a provocative mastermind who doesn’t impose at all his personal views, but rather allows the viewer to form their own opinions.

Add to all that the excellent and utterly realistic performances that remain original by avoiding the ridicule; the precise camera work and effective framing that is part of the plot without being there just for the impressive photography (which is indeed striking); the unobtrusive soundtrack that is relevant to the layout of the scenes (the rendition of the Bach-Gounod Ave Maria fits the everyday life satire like a glove). This is brave European filmmaking with cinematography tuned to perfection.

Some viewers were disappointed with the lack of cohesion in the film as a whole and the truth is that the film doesn’t seem to place cohesion neither as its basis nor as its goal. Its fragmented development reminded me partly of Haneke’s Code Unknown and partly of Roy Andersson’s A Pigeon Sat On A Branch Reflecting On Existence. But Östlund’s originality is obvious and its cultivated sense of daring make The Square a truly poignant cinematic work. Last but not least, I didn’t dare comment on the “Monkey Performance” scene. But the fact that limited directions were given to a 300-person cast (only a few actors, the rest being real Swedish artists, curators and high society members) and the authentic sense of agony it creates make it a real work of art in itself. It’s a performance within a performance, and one questions whether we are the viewers, the victims or the monkey in question. Consciously or subconsciously.