Well, this film is impressive in its ability to seem completely unimpressive, as is the case with most of the Thailandese director’s films. Unimpressive, that is, in a superficial way, since you leave the cinema feeling a sort of catharsis. For it is very difficult to explain what really happens in Weerasethakul’s latest film. Its simplicity overwhelms you in a most enchanting way. Of course the whole cinematic world of this auteur is itself enchanting and engaging , a combination of the magical and the spiritual, directed in a very matter-of-fact approach.

Sounds confusing? Well, the plot is even more difficult to explain. Jen, a woman who has undergone some sort of leg surgery (she claims that one of her legs is shorter than the other) travels to Khon Kaen to visit her friend Tet. Tet is a nurse in a hospital (which was previously used as  a school), taking care of army soldiers whose illness will never really be revealed. What we come to understand  is that it is some kind of narcolepsy: the soldiers have great difficulty waking up and even staying awake. For this reason, special light tubes are installed beside each bed, tubes that immerse the soldiers in a hypnotic colour-cycle, be it pink, red, blue and so on. There, our protagonist Jen, meets a young psychic named Ken who acts as a medium to recall the soldiers’ past life. The film follows the development of the strange friendship between Jen and Ken. At the same time, Jen also befriends one soldier who has no family and together they often abandon the school-hospital to go out to the cinema or walk in the streets and have meals in the town market. Of course, the plot sounds weird when explained, and even stranger things do happen (such as when Ken is visited by two Goddesses who claim the hospital is buried on the tombs of Kings, or later when she visits a park where young people seem to engage in a silent musical chairs game of some sort…) 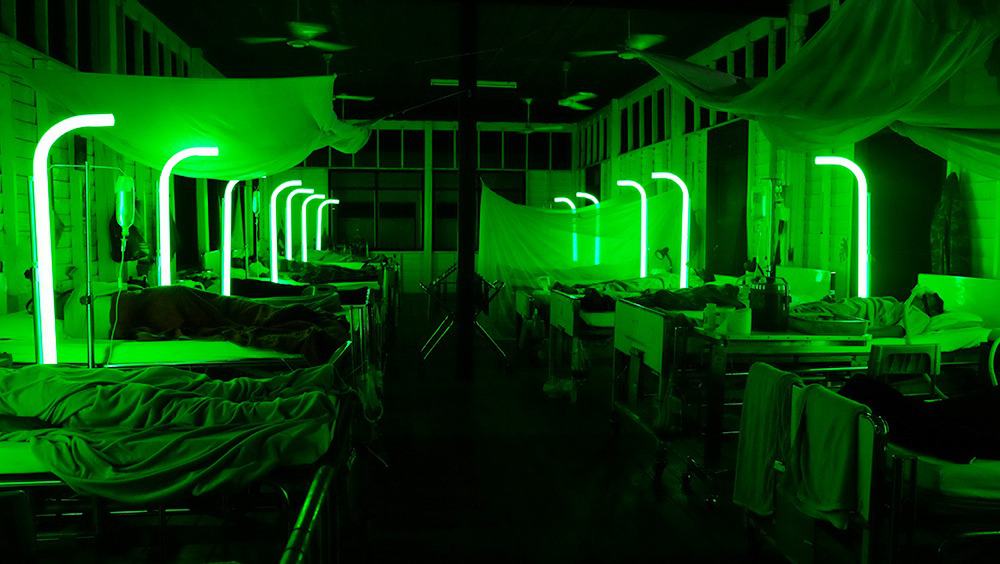 The colour cycles of the light tubes are used as a leitmotif throughout the film—-indeed a significant part of the film uses colored filters, bathing the scenes in continuous colour cycles. Weerasethakul seems to have some plot devices under his sleeve to hint to the political and historical state of Thailand: the narcoleptic state of the soldiers, the tombs of Kings which seem to draw energy from the hospital’s patients as we find out, references to spiritual sickness and spiritual awakening. However, I would not like to draw any conclusions or offer any further sights, for I believe that to do so would undermine the film’s magical punch.

In a lot of scenes we see the earth’s elements making their presence clear: fountains, the air  blowing through the forest, and I have to say that I found all the scenes involving sleeping and massaging rather soothing. It’s no exaggeration to say that the film can have a therapeutic effect on you, if you let yourself absorb every single sound, touch, even smell. There are plenty of memorable scenes, such as the tour of the hospital grounds (where a palace used to be built), a climactic scene focusing on the protagonist’s leg condition, the conversation with the two Goddesses, and the aerobic classes (!!!) in the yard. 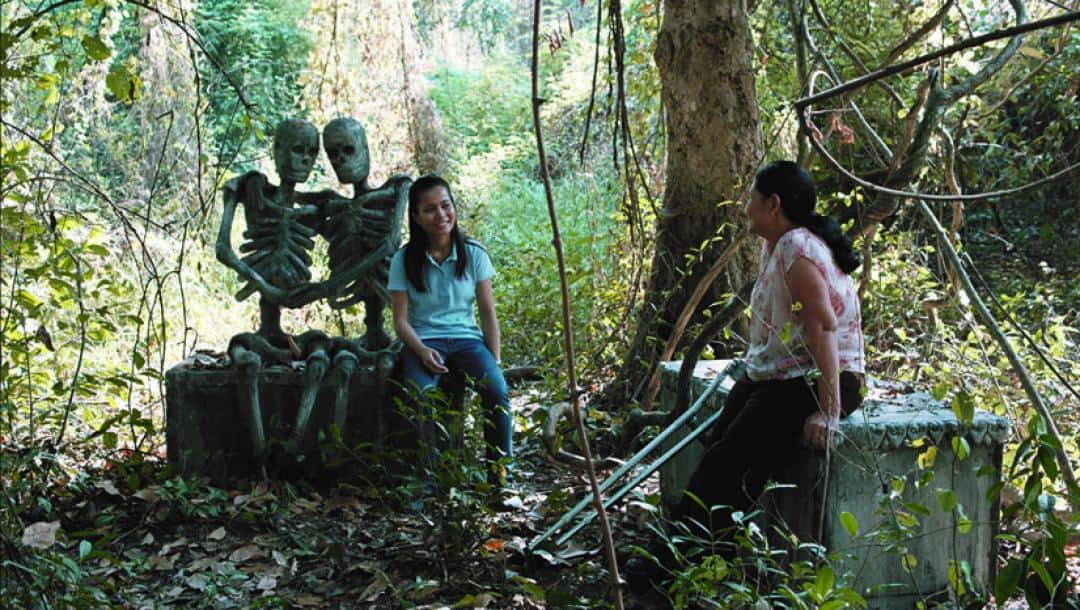 All of it verges on the point of magical realism but the mostly steady and long shot  (often distant like landscape paintings, other times closer resembling portraits), the everyday dialogue and the observer’s realist point of view that Weerasethakul uses throughout the film, make everything seem believable. Even better, you are convinced this is the way things are or that this is the only way things should be. Isn’t that a trait of great art after all?